Innovation in Measurement of Residual Stress

A particular application on inspection of a welding on a petrochemical reactor will be the subject of a scientific paper, being presented at 7th International Symposium on Precision Engineering Measurements and Instrumentation ( ISPEMI2011), held by the School of Instrument Science and Opto-electronic Engineering of Hefei University of Technology, China http://ispemi.hfut.edu.cn 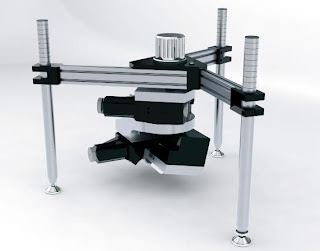 As an example, if a chrome anticathode is hit with a band of electrons, having energy above the threshold value, it will emit characteristic X rays with a wavelength of about 0.229 nm. A cobalt anticathode will emit a characteristic radiation with a wavelength of about 0.179 nm. When the material irradiated is crystalline, as in the case of metals, the waves diffused will interfere with each other giving a diffraction spectrum.

These re-emitted wave fields interfere with each other either constructively or destructively (overlapping waves either add together to produce stronger peaks or subtract from each other to some degree), producing a diffraction pattern on a detector. The resulting wave interference pattern is the basis of diffraction analysis, called 'Bragg diffraction', and using the related Bragg's Law we are able to relate this information to the tensile stress field of the crystalline structure of the inspected material.

The following picture shows the evaluation of inside tensile stress on a welded joint, on a petrochemical reactor, to inspect and verify the effect of the heat treatment. After heat treatment, the surfaces had been sand blasted before painting. The sand blasting process modified and induced a residual stress on the surface, different from the inside. For this reason it was necessary to remove the modified layer using an electrochemical etching, in order to inspect the stress field at different layers without inducing any modification. 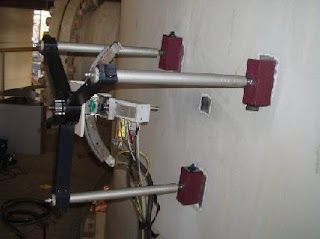 Fig. 3: Testing the petrochemical reactor surface near the welding joint

The paper shows how X-Ray diffraction can be used as non destructive technology to evaluate the impact of stress relief after heat treatment on large surfaces, when not feasible or possible to extract a sample for testing. Well, strictly speaking and according to picture 4, it cannot be considered as 100% non destructive, but its impact is anyway much less invasive, compared to other traditional systems (hole drilling). 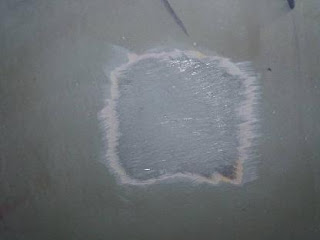 This new equipment will also participate in the competition within the 7th Moskow International Forum and Metrology Symposium (MetrolExpo) in May 2011, under the category 'Quality Mark for diagnostics and non-destructive equipment' http://www.metrol.expoprom.ru/en/